Shockingly, many Americans within the United States do not understand the rights granted to them by the constitution. If you ask a typical U.S. citizen to explain the amendments, the conversation would be long and full of Internet searches. Yet, the entire way of life in America is governed by laws written into the constitution. For further guidance and understanding regarding the 1st and 14th amendment, we’ve compiled a summary of the most important aspects to protect you and your way of living. 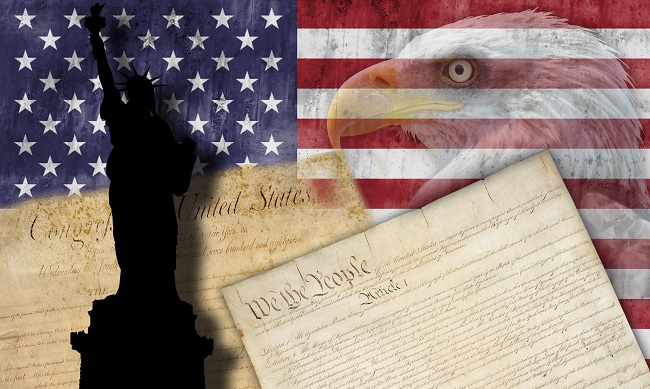 The 1st Amendment is part of the Bill of Rights and is an important piece of history. Interestingly, this amendment originally only applied to congress until the beginning of the 20th Century extending the protection to all citizens. This Amendment has several clauses that easily confuses the average American. The 1st Amendment has two clauses that address religion; resulting in, the establishment clause effectively created a division between state and religion.

Other major clauses in the 1st Amendment is the right of free speech, peaceful assembly, and freedom of the press. Despite opposition, anyone governed under the Bill of Rights has protection to speak freely even if the speech is offensive to another. However, some subjects and situations such as inciting an imminent threat remain regulated under this amendment.

Citizenship Clause: The primary role of this clause protects rights of U.S. citizens to remain a citizen. Originally, the Citizen Rights of 1866 established this right into law. Prior to this becoming law, those born in the United States were not necessarily automatically granted U.S. citizenship. Fearing an overturn of the law, congress adopted the 14th Amendment further protecting this right. Anyone born on American soil or those granted U.S. Citizenship cannot have the right taken from them.

Due Process Clause: By establishing a due process clause, the 14th Amendment further supports the 1st Amendment by preventing removal of any rights from a citizen without due process. This process protects an American’s right to a trial by peers for any wrongdoings. The 14th Amendment also extended to each state insisting adherence to due process and removed their ability to limit rights of Americans.

Equal Protection Clause: Granted, the Bill of Rights offered equal protection. However, the 14th Amendment extended the equal protection across the states. This clause helped end discrimination and segregation.

The entire country’s foundation developed because citizens of another country wanted more freedom. Freedom of religion and expression without persecution were two very hot topics during the creation of this country. By understanding rights, citizens can protect them. Please contact us if you’d like more information.