The Constitution makes several references to United States citizens but didn’t originally spell out the qualifications for citizenship. It also refers to citizens of states, a concept which is still valid even if we don’t think much about it.It wasn’t until the adoption of the Fourteenth Amendment in 1868 that the Constitution guaranteed anyone citizenship. Before that U.S. citizenship was left to Congress, and states could set whatever criteria they wanted for state citizenship. 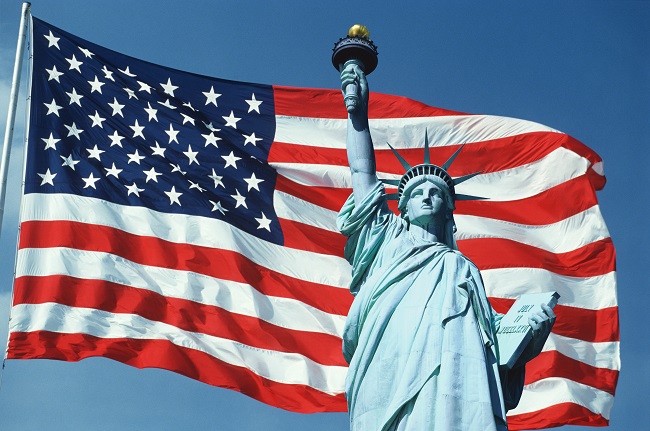 After the Civil War, a number of Southern states disqualified ex-slaves from citizenship, and therefore from the right to vote and other legal protections. The Fourteenth Amendment prevented both state and federal governments from doing this. It further guaranteed that no state can abridge the privileges and immunities of citizens.

Who is a citizen? Anyone who is “born or naturalized in the United States, and subject to the jurisdiction thereof.” The reference to jurisdiction excluded people who were subject to tribal rather than U.S. law. The Indian Citizenship Act of 1924 removed this category of non-citizens.

Today some people, including presidential candidates, claim that the citizenship clause doesn’t apply to people born in the United States to foreign parents because they supposedly aren’t subject to U.S. law. These people are dismissively called “anchor babies,” though they may be adults. Michael C. Dorf, writing for Justia, argues that this claim has no merit:

Children born in the U.S. to foreign ambassadors and consuls, or to soldiers or others accompanying invading armies had, by tradition, not been regarded as citizens, as they were not “subject to” our law. But otherwise, people present in the U.S. are subject to U.S. laws and, for that reason, most people born in the U.S. are U.S. citizens.

The Fourteenth Amendment says, with very narrow exceptions, that if you were born here and still live here, you’re a citizen and guaranteed the rights of a citizen. Please contact us if you would like more information on how we can help secure your rights.