Millions of lawsuits are filed in the U.S. making our country the most litigious country in the world. We have received information that you are involved in a lawsuit. Our legal association of members has researched criminal law defenses beyond the expertise of most criminal defense law firms.  Our strategy is to obtain a dismissal of the case before it goes to trial.  Some of those strategies include, but are not limited to:

We are not lawyers, but we can show you how to file these special and unique motions to dismiss your criminal case before trial on a pro se basis.  If these motions are denied or not timely ruled on, you can file the equivalent of a pretrial appeal to the U.S. Circuit Court of Appeals or U.S. Appellate Court and if necessary, to the U.S. Supreme Court or same can be accomplished in equivalent State Courts.  This procedure may be done or repeated several times depending on how many defective or defensive issues and grounds can be found in your case. 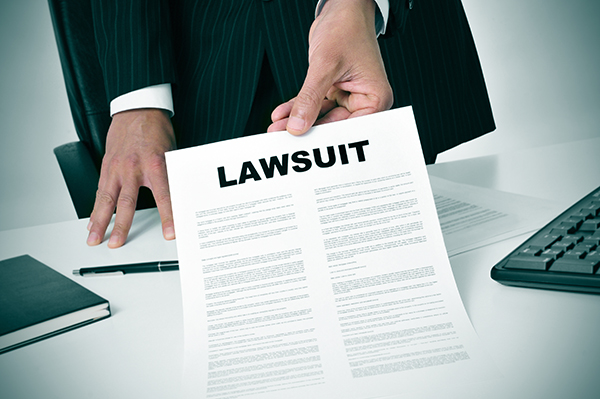 In our opinion, very few lawyers have the expertise or knowledge to set up and file this type of motion or special appeal and may be reluctant to do so.  A criminal defense attorney must keep a good relationship with the prosecutor and judge because most cases are plea-bargained.  This means that your criminal defense attorney may not always work in your best interest concerning certain strategic defense aspects of your case as are outlined in this letter.

You should keep in mind that criminal defense lawyers are trained to do everything to prepare for the criminal trial and to appeal your case after trial and sentencing if you are convicted.  This may not be the best strategy for two (2) reasons:

If you were arraigned before a U.S. Magistrate Judge instead of the U.S. District Judge, this can create grounds that have been ruled to be unconstitutional and thereby become irreversible error.  If you know this ahead of time, when you go to the arraignment hearing, you can ask the U.S. Magistrate Judge certain key questions which will make your motion to dismiss your case much stronger in your favor.

When you have a pretrial equivalent appeal pending in the Federal Appellate Court, you have a means or vehicle to file a stay of your trial pending your special appeal to keep your case from going to trial for an extended period of time.  This gives you the time to do further research and investigation to find and determine additional errors, mistakes and defects in your case which may give you additional issues and grounds for dismissal.

Also, finding missing or incorrect legal and fact essential elements in the grand jury indictment is very important if you go to trial.  During the trial, you must keep track of any differences that the prosecutor argues at trial compared to the grand jury indictment.  These differences are referred as actual, constructive and implied amendments which are not legal and could result in automatic reversal or dismissal.

In addition, the petit jury instructions must be consistent with the grand jury indictment which usually are also defective and can result in dismissal of the verdict.

Finding a defective grand jury indictment may give you three (3) ways to attack your charges or conviction, i.e.:

In summary, our legal association can assist you as a member in the following major ways:

One member of our association asked his attorney to examine the grand jury indictment for defects and errors, and the attorney replied, “The prosecutor is a professional and has been a prosecutor for several years and he or she would not make a mistake in the indictment.”  Later after trial, sentencing and incarceration in federal prison, it was determined that there were eight (8) fatal defects in his indictment.  The Federal Appellate Court on appeal did not deny that there were defects in the indictment but refused to reverse because the defects were not brought to the attention of the District Court on a timely basis.  In other words, these defects should have been brought to the District Court’s attention before trial or at least during trial and before sentencing.  This is how innocent persons serve time in prison without being charged with a legitimate criminal offense.

Later, after the appeal, the trial transcript was reviewed for actual, constructive and implied amendments to the indictment during trial.  Several amendments were found that were not noticed or objected to by the attorney, but if realized may have resulted in automatic reversal.  In addition, the petit jury instructions had extra legal elements that were not in the indictment and objected to by the attorney that could have resulted in dismissal and a new trial.  Do not let this situation be your scenario in your case.

These procedures can work for any type of criminal charges, but we have extra special experience and expertise in tax and SEC cases.

Please do not be deceived into thinking that there is not an expertise beyond your attorney to find fatal defects in your indictment and procedural defects by the government in your case.  The time to make a decision concerning these matters is not while you are in a prison cell.