We hear a lot about the freedom of speech every day. Whether it’s protesters being shut down by the government of their home nation, discussions of bullying on the Internet, or even the question of whether or not public property can be used for religious displays, the issue of what you can express (and in what way you should be allowed to express it) remains a hot topic all over the world. An equally hot topic, though, is what happens when the freedom of speech butts up against the right to privacy? 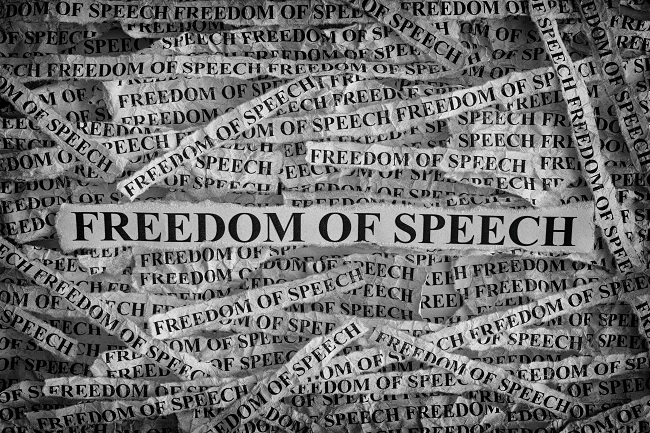 Where One Ends, and The Other Begins

The right to swing your fist ends at another person’s nose, or so the common wisdom goes when it comes to how we express our freedoms. A good example of this might be the Westboro Baptist Church and their anti-war demonstrations. This issue has been commented on here, as well as in hundreds of other places, but the central argument seems to be trying to define at what point does the group’s right to protest and gather freely begin to infringe on the right to privacy people expect when burying a loved one?

Generally speaking, that depends on the issues of private property and the consent either given or not given.

If a group wants to gather freely and hold a protest in a public place, then that is an expression of freedom of speech. If a group attempts to force itself and its comments into the private sphere, though, that is when there will be problems.

Why Does That Matter?

Freedom of speech, as a right, only guarantees that the government will not punish you for your speech. If you want to hold a protest with signs that say Thank God For Dead Soldiers, the government will not smash your sign and throw you in jail just because of the sentiment you were expressing. If you attempt to hold a protest on someone’s lawn, or on the property of a business lot that you have been asked to leave, then you are not on public property. You are, in fact, guilty of criminal trespass, and either have to leave or face the consequences of breaking the law.

The freedom of speech means the government can’t punish you, or shut you up, just because it doesn’t like what you have to say. It doesn’t mean you can walk up to people and start screaming in their faces, nor does it mean that people have to actually listen to you. It also means that, while you might not be punished by the government for expressing your views, your employer can take disciplinary action against you if it finds what you expressed to be problematic. There are all kinds of repercussions that can come your way, so you should think about them very carefully before holding up your freedom of speech as a Get Out of Jail Free card to avoid the consequences.